It generates much more code, and much slower code (and more fragile code), than just using a fixed key size would have done ~ Linus Torvalds

VLA is an acronym of variable-length array, which is an array (actual array, not just block of memory acting like one) that has size determined during runtime instead of at compile time.

VLAs were introduced with the revision C99 of the C standard. At first glance they seem convenient and efficient, but it's just an illusion. In reality they are just sources of constant issues.

Most of the criticism in this article falls on so called automatic VLA and not all instances of VLA, thus I will differentiate between them using additional abbreviation - aVLA for automatic VLA.

Languages supporting VLAs in one form or another include: Ada, Algol 68, APL, C, C#, COBOL, Fortran, J and Object Pascal. As you may notice, beside C and C#, those aren't languages one would call mainstream nowadays.

As you could have guessed by the quote at the beginning, project which used to rely on VLA quite extensively is nothing else than Linux kernel. Maintainers spent a lot of effort to get rid of all VLA and as of version 4.20 (year 2018) it's completely VLA-free.

And while we are still at the beginning, I would like to point out that there are situations where VLA is a good solution; not many, but they do exist. In the future I will do my best to describe them as well and link to the article here.

aVLAs are usually allocated on stack and this is the source of the most of the problems. Let's consider a painfully simple, very favourable to aVLA, example:

As we can see, it takes a number from user then makes array of that size. Compile and try it. Check how big values you can input before getting segfault caused by stack overflow. In my case, it was around half a million. With primitive type! Imagine what would be the limit for structure! Or what if it wasn't just main()? Maybe a recursive function? The limit shrinks tremendously.

And you don't have any (portable, standard) way to react after a stack overflow - the program already crashed, you lost control. So you either need to make elaborate checks before declaring an array or betting that user won't input too large values (the outcome of such gamble ought to be obvious).

So the programmer must ensure that aVLA size doesn't exceed some safe maximum, but in reality, if you know safe maximum, there is rarely any reason for not using it always.

Worst of it is…

… that segfault is actually one of the best outcomes of improperly handled aVLA. The worst case is an exploitable vulnerability, where attacker may choose a value that causes an array to overlap with other allocations, giving them control over those values as well. A security nightmare.

At the cost of further drop of efficiency, in GCC you can enable -fstack-clash-protection option. It adds extra instructions around variable length stack memory allocations to probe each page of memory at allocation time. This mitigates stack-clash attacks by ensuring all stack memory allocations are valid or by throwing a segfault if they are not, thus turning a possible code-execution attack into a denial of service.

So how to fix this example?

What if I need to let user define size and creating ridiculously large fixed array would be too wasteful? It's simple - use malloc()!

In this case I was able to input over 1.3 billion on my machine before segfault. Almost 2500 times larger size! But I still got the segfault, right? Well, the difference is in possibility of checking the value returned by malloc() and thus being able to, for example, inform the user about the error:

I've encountered a counterargument, that as C is often used as a systems/embedded language, there are situations where using malloc() may not even be possible.

*Sigh* I'm basically going to repeat myself here, but it is really important.

On such device you're not going to have a lot of stack either. So instead of dynamically allocating on stack, you should determine how much you need and just always use that fixed amount.

When using aVLA on system with small amounts of stack, it's really easy to make something which seems to work, but which blows your stack if your function gets called from a deep call stack combined with the large amount of data.

If you always allocate fixed amounts of stack space everywhere, and you test it, you know you're good. If you dynamically allocate on stack, you have to test all your code paths with all the largest sizes of allocated space, which is much harder and much easier to make a mistake. Don't make it even easier to shoot yourself in the foot for no real advantage.

Unlike most other dangerous C functionality, aVLA doesn't have the barrier of being not known. Many newbies learn to use them via trial and error, but don't learn about the pitfalls. Sometimes even an experienced programmer will make an mistake and create an aVLA when not intended. The following will silently create an aVLA when it's clearly not necessary:

Thankfully, any half-decent compiler would notice and optimize aVLA away, but… what if it doesn't notice? Or what if for some reason (safety?) the optimizations were not turned on? But it surely isn't so much worse, right? Well…

Without compiler optimizations a function with aVLA from previous example will result in 7 times more Assembly instructions than its fixed size counterpart before moving past the array definition (look at the body before jmp .L5). But it's without optimizations - with them the produced Assembly is exactly the same.

So an example where aVLA isn't by mistake:

For our educational purposes in this example, -O1 level of optimisation will work best (as Assembly will be more clear and -O2 won't help aVLA's case here really much).

When we compile aVLA version, before instructions corresponding to for loop, we get:

aVLA-free version on the other hand generates:

So not only fixed array spawns less code, but also way simpler code. Why, aVLA even causes more overhead at the beginning of the function. It's not so much more in the grand scheme of things, but it still isn't just a pointer bump.

But are those differences significant enough to care? Yes, they are.

To add more to the issue with inadvertent aVLA, the following isn't allowed:

Even with optimizations, initialisation isn't allowed for aVLAs. So despite wanting fixed size array and compiler being technically able to provide one, it's won't work.

Few months ago I saved a comment on Reddit listing problems encountered with VLA from compiler writer perspective. I will cite it:

And believe me, if you take a stroll around some C forums you will see even more different complaints.

Due to all previously presented problems, some compiler providers decided to not fully support C99. The primary example is Microsoft with its MSVC. The C Standard's Committee also noticed the problem and with C11 revision VLAs were made optional.

C2x is supposed to revert that decision, but aVLA still won't be mandated.

That means code using a VLA won't necessarily be compiled by a C11 compiler, so you need to check whether it is supported with __STDC_NO_VLA__ macro and make version without VLA as fallback. Wait… if you need to implement VLA-free version either way then what's the point of doubling the code and creating VLA in the first place?!

As a side note - C++ doesn't have VLA and nothing suggests it ever will. Not a dealbreaker, but still point against VLA in C.

This one is more of a nitpick, but still another reason to dislike VLA. There is a widely used convention of first passing object then its parameters, what in terms of arrays means:

C99 specified that array sizes need to be parsed immediately when encountered within a function definition's parameter list, what means that when using VLA you cannot do an equivalent of the above:

You either need to:

If you find yourself in one of the situations where VLA is a valid solution, do use them, but keep in mind the limits I've outlined here.

It's probably also worth mentioning that VLAs were inter alia partially supposed to be a solution to also problematic, non-standard alloca().

And for the very end, an example of vla lacking all those problems: 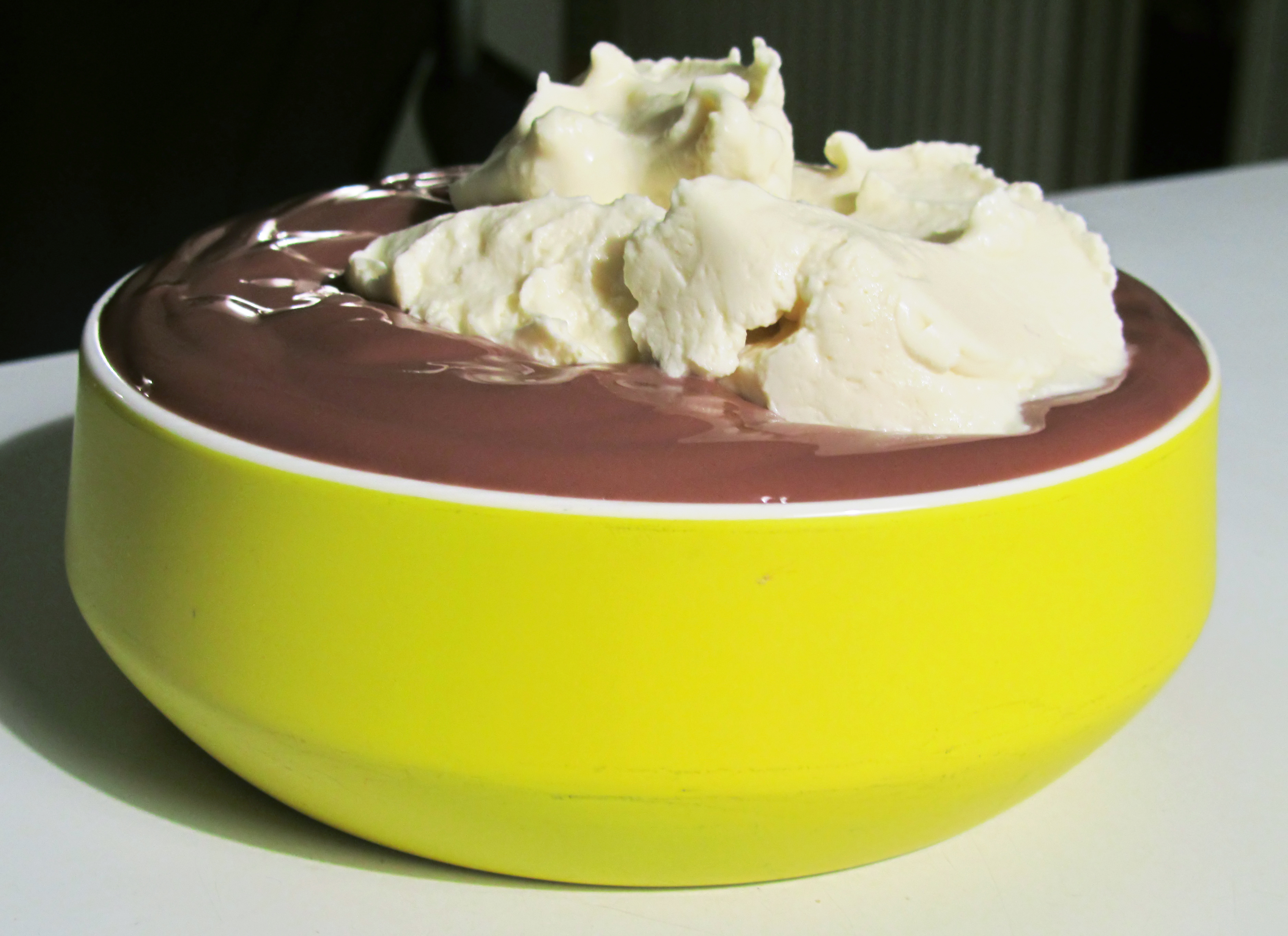